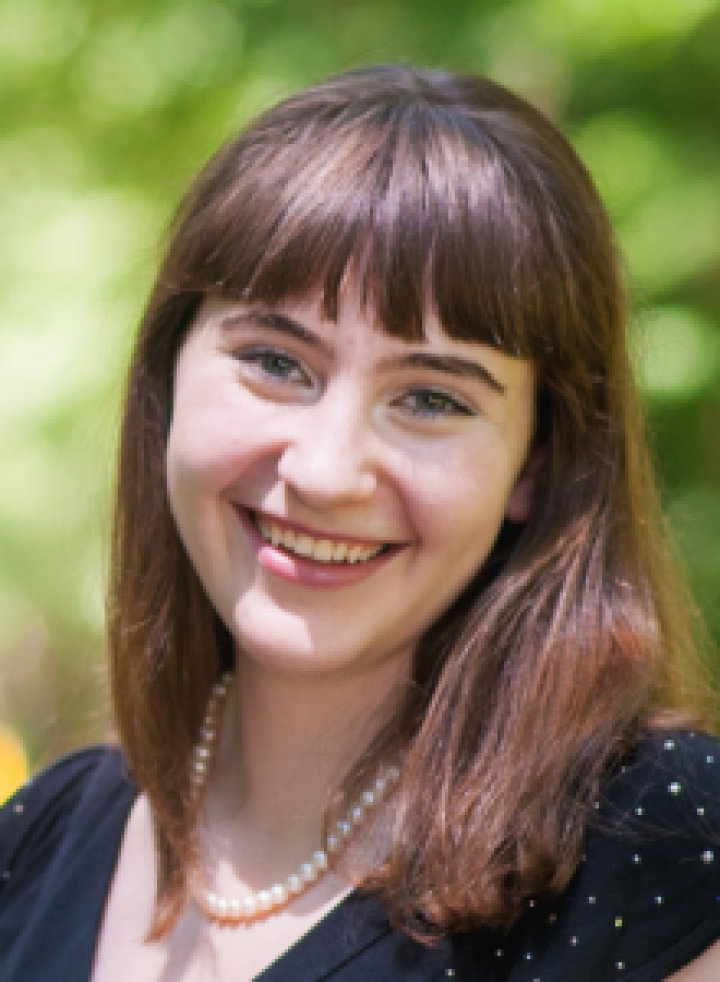 Elissa Redmiles, a PhD student at the University of Maryland, received the Judges' Choice Prize in the 2015 Microsoft Challenge for Change competition. Redmiles' entry was one of fifteen finalists in her age group, out of over 2,100 total applicants to the contest.

The Microsoft Challenge for Change is an annual competition in which students in age groups of 13-17 (added this year's competition) and 18-25 submit a proposal for an idea that uses technology to benefit society. Students compete for a $2,500 award to help start their project, a Windows Phone, the opportunity to serve as a Microsoft YouthSpark advocate, and a free leadership development trip to Nicaragua.

“As a child, I spent two years in and out of the hospital before being diagnosed,” writes Redmiles in her challenge essay. “During this time I underwent numerous invasive physical exams and painful medical tests. This is a long, harrowing journey … experienced by thousands of children. More than just a troubling experience, these exams and tests can lead to something called Pediatric Medical Traumatic Stress.”

Redmiles' idea, then, was to help doctors understand the diagnostic process from children's perspectives. Using soft circuitry via Microsoft Research's SWARM technology and augmented reality via a Microsoft HoloLens, doctors could wear the shirt and move through a tactile (and, with HoloLens support, visual) narrative designed to help the user identify more clearly with the stresses faced by child patients.

The project's implementation draws from some of Redmiles' prior work in empathetic wearable technology. It expanded upon SAME, a Sexual Assault eMpathy Emulator designed by Rebecca Chapin, Aboli Kumthekar, Charmi Patel, and Redmiles at Pearl Hacks, an all-women hackathon held this past March at the University of North Carolina, Chapel Hill. SAME was designed “...to help secondary survivors (the parents, significant others or even friends of the survivor) better empathize with the survivor by providing a controllable, safe way for them to tangibly understand their loved one's experiences.”

The first stage of the Microsoft challenge involved the submission of an essay detailing the project's scope, goals, and use of the potential prizes. Upon notification of her finalist status, Redmiles submitted a video detailing further her inspiration, idea, and plans. The contest winners were determined by popular vote on the project videos; the Judges' Choice Prize, which Redmiles received, was awarded to the highest scoring entry in her age group (18-25) by the challenge's judges.

“I was really thrilled and honored to receive the Microsoft Challenge for Change Judge's Choice award for my medical empathy wearable idea,” writes Redmiles. “It was really exciting to have multiple organizations and individuals reach out and say they would like to pilot or have had such a tool, and I'm looking forward to hopefully continuing this work with the University of Maryland Human Computer Interaction Lab.”