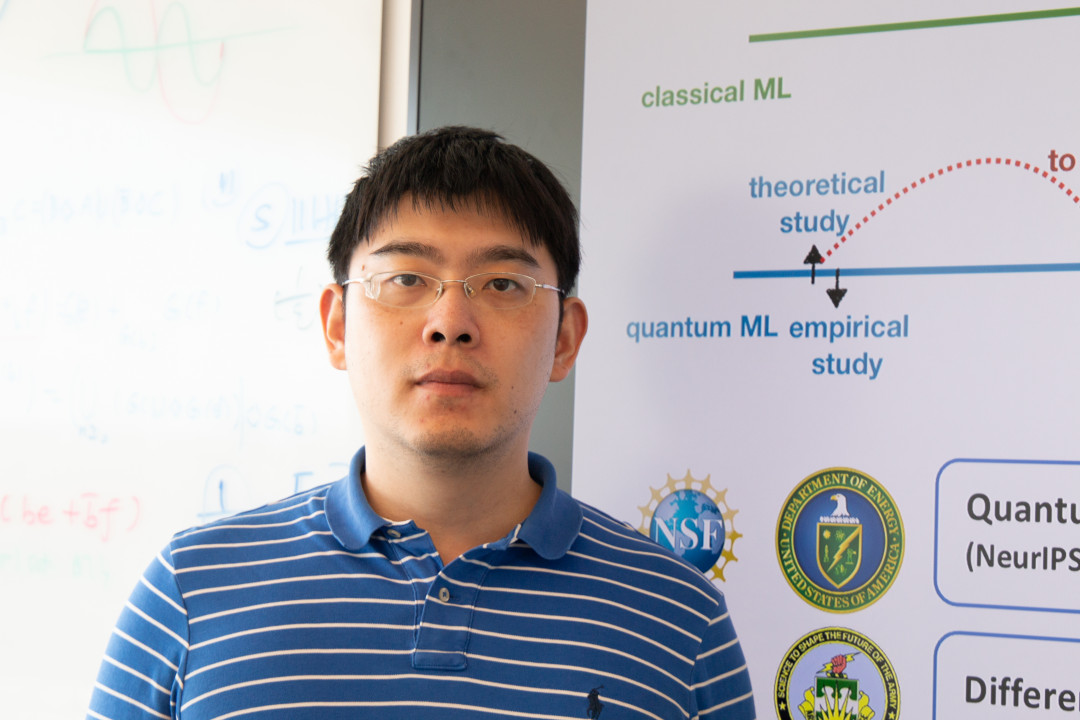 "This is an exciting time for quantum computing! With the availability of prototypes of quantum machines, especially the recently established quantum supremacy, it becomes possible for researchers to design and implement real-world end-to-end quantum applications" said Wu

Wu’s project sets a comprehensive research agenda toward this target, as an effort to bridge the gap between the theoretical foundation of quantum computing and the limitation of realistic quantum machines.

The specific outcomes of the project include the following:
(1) Quantum algorithms for sub-modular optimization and log-concave sampling
(2) New functionality for variational quantum methods (or the so-called quantum neural networks) and their training methods
(3) Adaption of techniques from formal methods and programming languages to certify the correctness of the implementation of quantum applications as well as to obtain concrete (rather than asymptotic) resource/error analysis

These outcomes of the funded project will enable a more complete assessment of end-to-end quantum applications and their near-term feasibility. The underlying goal of the project is to help facilitate end-to-end quantum applications in all related fields, such as physics, chemistry, and material science, and hence contribute to the establishment of the major milestones of quantum computing.

The research outcomes of the funded project will be disseminated through a variety of venues, including conferences, new course materials, expository writings, and high school open days in order to expose young computer scientists to the frontiers of quantum information research.

In addition to being an Assistant Professor of Computer Science, Wu holds joint appointments in UMIACS. He is also a fellow of Joint Center for Quantum Information and Computer science.

More about the NSF CAREER Awards