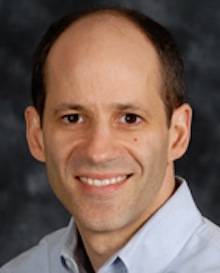 Benjamin B. Bederson is a Professor of Computer Science and prior director of the Human-Computer Interaction Lab at the Institute for Advanced Computer Studies and iSchool at the University of Maryland. An ACM Distinguished Scientist, his research is on human computation, mobile device interfaces, interaction strategies, digital libraries, and digital education.  He is also Co-founder and Chief Scientist of Zumobi, a premium mobile app network.

He is well known for his work on Zoomable User Interfaces (ZUIs) since the mid-1990's including the Pad++ and Piccolo toolkits for zoomable and structured 2D graphics. That work led to his well known applications around personal photo management (PhotoMesa), calendaring (DateLens) and hierarchical data visualization (SpaceTree). ZUIs have since become well established in industry in a wide range of domains including maps and mobile phones. Ben is also well known for his work around children's educational technologies including his notable International Children's Digital Library (at www.childrenslibrary.org).

More recently, Ben has established himself in the areas of human computation and online education. Human Computation is an approach to combine human with computational effort to solve problems at a scale and quality that neither could accomplish alone. One important example of this work is his NSF and Google supported work on MonoTrans, a system that enables monolingual human speakers to collaboratively translate text. Online education connects to human computation because one of the essential challenges is in scaling up individualized instruction and instructor connections to and awareness of class activity.

Ben Bederson discussed The Future of the Cellphone on The Conversation
Growing interest in treemap visualizations for hierarchical data have led to a successful licensing agreement for HCIL's Treemap 4.1 program to the HiveGroup, Inc.

Ben Bederson won an IBM Faculty Award for his work on Piccolo.