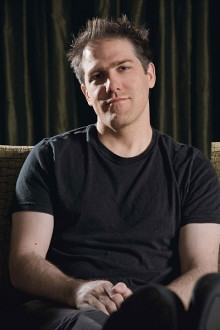 Gary Flake received his PhD from the University of Maryland in 1993 with Co-advisors:  Professor James Reggia (Computer Science) and Prof. Yee-Chun Lee (Plasma Physics).  His thesis was, "Nonmonotonic Activation Functions in Multilayer Perceptrons.""

Gary has had a distinguished career in industry.  Following his degree he was a scientist and manager at Siemens Corporate Research.  He later joined NEC Research Institute as a research scientist and the leader of its Web data-mining program. In 2002, Overture Services, the company that pioneered commercial web search, hired Gary as their Chief Science Officer.  Gary helped to increase Overture’s annual revenue to nearly a billion dollars through the use of new algorithms built by his team.  In 2003, Yahoo! acquired Overture and appointed Gary to lead Yahoo’s corporate R&D activities; subsequently, Gary founded Yahoo! Research Labs and Yahoo’s company-wide innovation effort.  Most recently, Gary has joined Microsoft as a Distinguished Engineer – the very first Distinguished Engineer hired from outside the company.  At Microsoft, Gary will be responsible for bridging Microsoft Research and MSN, and for setting the technology vision and future direction of the MSN portal, web search, desktop search and commercial search efforts.

Gary has numerous publications, spanning over 15 years, which have focused on machine learning, data mining, and self-organization; 3 book chapters; and 4 issued patents, and several other pending patents.  His other research interests include Web measurements, efficient algorithms, and models of adaptation inspired by nature.  Gary has served on many academic conference and workshop organization committees and is a member of the editorial board for the Association for Computing Machinery's Transactions on Internet Technologies.

He wrote the award-winning book, The Computational Beauty of Nature, which is used in college courses worldwide.  The book was awarded Best New Professional/Scholarly Publishing Division Honorable Mention in the category of Computer Science, by the Association of American Publishers. Only one other computer science book received a similar honor in 1998.  A review in Artificial Intelligence stated, “Flake has laid a foundation in the form of a coherent introduction to a field that is itself evolving and emerging. ... This seminal work promises to serve as a catalyst for further research into the mysteries and beauty of computation and nature.”

Gary lives in Washington State with his wife, son, and two rescued pit bulls.  In his scarce free time, Gary enjoys hiking, photography, writing, and learning from his son, dogs, and wife (but not in that order).