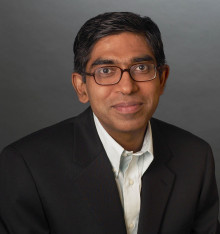 As senior vice president of the Print and Classic Publishing Solutions Business Unit, Naresh Gupta oversees product marketing and development for Adobe's standalone print, Web publishing and e-learning tools such as Adobe® PostScript®, Macromedia® Contribute™ and Macromedia Captivate™ software. His organization serves a broad and established base of customers who are publishing content on paper, electronically or over the Web.

Gupta is also managing director of Adobe's India research and development center. He established Adobe's Noida campus in 1997, and he later integrated a second campus of operation in Bangalore through Adobe's 2005 acquisition of Macromedia, Inc. Under Gupta's leadership, the India operation has grown to be Adobe's largest R&D center outside the United States, providing a valuable hub for product innovation and filing for numerous technology patents.

Previously, as a computer scientist in Adobe's corporate research group, Gupta conducted research in the area of image processing and understanding. This work led to five technology patents and resulted in key features of Adobe Photoshop® software and other Adobe products.

Prior to joining Adobe, Gupta served as principal scientist and director of the applied artificial intelligence (AI) group at LNK Corp., a company funded by the U.S. Department of Defense to develop solutions for image and pattern recognition, target tracking, data mining and data fusion and compression.

Gupta has been widely published as a computer science expert in the areas of shape, motion and AI research. He received a B. Tech in Computer Science from the Indian Institute of Technology, Kanpur, where he was named a Gold Medalist. He holds master's and doctorate degrees in computer science from the University of Maryland, College Park. His Ph.D. thesis, "Recovering Shape and Motion from a Sequence of Images," was nominated for the ACM Distinguished Dissertation award.

Gupta was awarded International Alum of the Year from the University of Maryland Alumni Society in 2006.