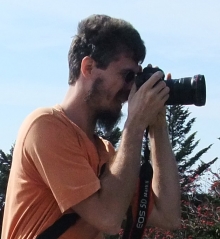 Andrew Reisse was a software developer and co-founder of Oculus VR who passed away in 2013.  Andrew  was  a talented computer graphics engineer and gifted developer and his code is embedded in thousands of games played by millions of people around the world.  His work was integral in the early years at Oculus VR, where he helped introduce tens of thousands of people to virtual reality through early prototypes of Oculus hardware.