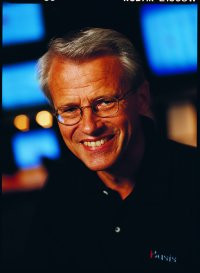 Since finishing his degree in the early years of the University's computer science program, Gordon VanderBrug's interests have been in turning leading-edge computer science developments into commercially viable businesses.

He did this in 1996 when he cofounded iBasis, a wholesale carrier that pioneered the use of the Internet to complete international phone calls for other communications companies. Today, iBasis has equipment in over 100 countries and does business with virtually all of the incumbent and emerging communications companies around the world. Under Gordon's leadership, the company grew to carry over 24 billion minutes of international voice traffic in 2008 (about equal to that of AT&T and second in the world only to Verizon). The company also provides enhanced data services to mobile operators and had revenues of more than $1.3 billion.

Voice over IP was in its infancy in 1996, so a number of pioneering developments had to be achieved. One of the most significant was the development of proprietary technology that enabled iBasis to manage the routing of its real-time voice traffic over the "unmanaged" public Internet. The now-patented technology allows iBasis to deliver service quality equal to that of traditional circuit switching. This development was a technical challenge but also an economic necessity, since over the years as IP bandwidth became less expensive iBasis could continue to lower its costs and never end up with stranded fiber.

Gordon has received significant recognition for his achievements with iBasis, including being named a VON Pioneer by Pulver.com in 1999 and Entrepreneur of the Year by the Boston Business Journal in 2001.

iBasis was purchased by KPN, the incumbent telecommunications company of the Netherlands, partly in 2007 and the remainder in 2009.

Earlier in his career Gordon started up companies in machine vision systems for industrial inspection and process control, robotics, and software tools.

Gordon holds a B.S. in mathematics from Calvin College, a M.S. in mathematics from Wayne State University and a Ph.D. in computer science from the University of Maryland. He and his wife, Cathy, reside in Lexington, Mass., and have three children and five grandchildren. He has served on numbers of school boards and for many years was Chairman of the Board of Trustees at Lexington Christian Academy. He presently serves on the board of the Richard D. Van Lunen Charitable Foundation. He has laid aside his tennis racquet in favor of golf clubs.