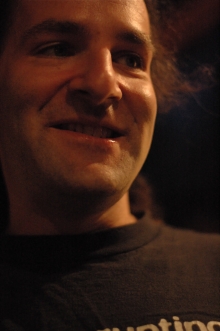 In high school at Montgomery Blair Magnet School, Howard was a part of a team of students who competed in a contest sponsored by ETA Systems in Minnesota in 1988. Howard and his teammates finished in the top four of 1480 teams of students from high schools all over the country. In addition to other prizes, Howard’s high school was awarded a Cyber 910 workstation (a very impressive machine at the time), and the high school’s first direct connection to the Internet.

Howard performed brilliantly in his courses in Computer Science—and he took graduate courses while still an undergraduate. After completing the CS degree at the University of Maryland, he went on to Carnegie Melon University to earn a PhD in Computer Science in 1999 under the direction of Garth Gibson and Doug Tygar. His dissertation work, "Security for a high performance commodity storage subsystem" led to his taking position at Google that same year. His work helped to create the infrastructure over which many of Google's everyday products are based.

Howard’s research interests included Operating Systems, security and large scale distributed systems. He described his work at Google to include "work[ing] on the advertising system, the core crawling system, the indexing system, and lead[ing] the Google Filesystem effort for several years."

In 2004, Howard moved to Japan to start Google’s Tokyo Research and Development Center. After that success, he returned to the US to work at Google New York.

Sadly, after a battle with lymphoma, Howard passed away in 2008, leaving behind a legacy of scholarship, giving and excellent research. In 2007 before his death, he established a foundation http://www.gobioff-foundation.org/ with the simple directive: "Make the world a better place."