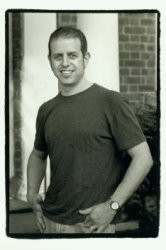 Lee Spector received his Ph.D. from the University of Maryland in 1992 under the guidance of Professor James Hendler. His dissertation, "Supervenience in Dynamic-World Planning," incorporated perspectives from several disciplines in the cognitive sciences to address issues in artificial intelligence.

After graduating from Maryland Lee joined the faculty of the interdisciplinary School of Cognitive Science at Hampshire College, an innovative liberal arts college in Massachusetts. At Hampshire he has held the MacArthur Chair, served as the elected faculty member of the Board of Trustees, and served as the Dean of the School of Cognitive Science. He returned to Maryland for one year, to supervise Professor Hendler's lab while Professor Hendler was away on a Fulbright fellowship.

In 2003 Lee received the highest honor bestowed by the National Science Foundation for excellence in both teaching and research, the NSF Director's Award for Distinguished Teaching Scholars. He has won several other awards and honors, including a gold medal in the Human Competitive Results contest of the Genetic and Evolutionary Computation Conference and election as a fellow of the International Society for Genetic and Evolutionary Computation.

Lee has produced over 70 professional scientific publications, including his recent book: Automatic Quantum Computer Programming: A Genetic Programming Approach, published by Kluwer Academic Publishers in 2004. He was Editor-in-Chief for the Proceedings of the 2001 Genetic and Evolutionary Computation conference and has served as track chair, organizer, or reviewer for several other conferences. He was lead editor for Advances in Genetic Programming, Volume 3, published by MIT Press. He also writes for general audiences, including a recent OpEd piece in The Boston Globe. His work has received funding from several sources including the National Science Foundation and the Defense Advanced Research Projects Agency.

Lee lives in Northampton, Massachusetts, with his wife, son and daughter.