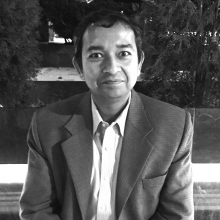 Banerjee is currently a Professor in the Department of Computer Sciences at the University of Wisconsin-Madison where he is the Director of Wisconsin Wireless NetworkinG Systems (WiNGS) Laboratory. The lab focuses its research on networking and distributed systems with a primary focus on wireless and mobile networking.  He began his academic career in 2003 as an Assistant Professor in the same department.

He has recently received a Vilas Mid-Career Award from the University of Wisconsin, and in 2013, Banerjee was awarded the Rockstar Award of ACM SIGMOBILE of which he now serves as chair.  In 2011,  his paper for ACM MobiCom, “FLUID: Improving Throughputs in Enterprise Wireless LANs through Flexible Channelization” was fast-tracked to Transactions of Mobile Computing.  That same year, he won the Wisconsin Governor’s Business Plan Competition.  In 2009, he won a Best Paper Award for ACM MobiCom in 2009 for "CENTAUR: Realizing the full potential of Centralized WLANs using a Hybrid Data Path."  He received a National Science Foundation Career Award in 2008, has over 75 peer reviewed publications, and has served on several committees including serving as Program Chair for IEEE SECON and ACM MobiCon.