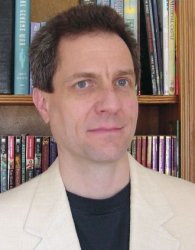 Granger Sutton received his PhD from the Computer Science Department at the University of Maryland in 1992 under the guidance of Professor James Reggia. His thesis work involved learning in neural networks.

Granger has had a distinguished career in research; he is one of the pioneers in the young field of computational biology. Following his degree he joined The Institute for Genomic Research (TIGR), a fledgling nonprofit research institution, where he worked on new algorithms for the clustering and alignments of proteins and expressed sequence tags (ESTs). The techniques he developed found new application in the assembly of whole genome shotgun data. Although TIGR’s grant proposal to sequence Haemophilus influenzae was rejected because whole genome shotgun assembly was believed to be algorithmically intractable, Granger’s software, the TIGR Assembler, was used, in 1995, to successfully assemble the Haemophilus influenzae genome -- the first complete whole genome of a free-living organism ever to be assembled. Numerous other microbial genomes were subsequently assembled using the TIGR assembler.

In 2004 Granger joined the Bioinformatics Research team at the J. Craig Venter Institute where he is engaged in a variety of research efforts, including using "whole environment" shotgun DNA sequencing to characterize the microbial make-up of complex environments. This work has evolved to include analysis of the entire known protein space using a novel clustering approach.

In 2004 Granger joined the Editorial Board of the journal Genome Research and in 2005 he became a member of the External Advisory Board of the Computer Science department at George Washington University.

Granger resides in Maryland with his wife Lynne D'Autrechy, and his two sons Kyle and Ryan. He enjoys soccer, hiking, and spending time with his family.