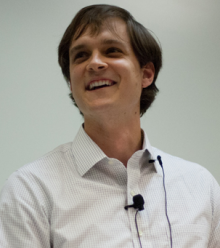 Now or Never was eventually acquired by FreeCause, where he became the Vice President of Engineering.

When FreeCause was acquired by Rakuten, Jenkins co-founded Social Growth Technologies with Paul Capriolo. Social Growth Technologies provides versatile options to monetize the thriving social game market through in-game advertising.  By using social media, monetization, online gaming and virtual currency to their maximum advantage, they have used the largest areas of growth on the Internet to their fullest capacity to provide advertisers with greater demographic targeting, advanced analytics and unique fraud protection which in turn results in higher conversions and increased brand engagement.

In 2010, Capriolo and Jenkins won first place at Cupid’s Cup, a business competition hosted by the University of Maryland’s Kevin Plank (CEO of Under Armour) for one of their most successful brands Social Ingot.

Jenkins is also a member of the Baltimore-Python group, a group that formed in 2011 that organizes regular meet ups surrounding the language of Python.

In his spare time, Jenkins is an avid runner and photographer.