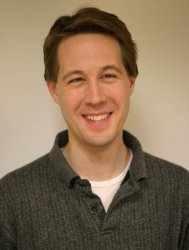 After the University of Maryland, David entered the Ph.D. program at the MIT Artificial Intelligence Laboratory, where he studied computational linguistics with Robert Berwick under an Office of Naval Research (NDSEG) Graduate Fellowship. His 1994 master's thesis, A System for Computational Phonology included a complete implementation of autosegmental phonological theory.

In 1994, David left MIT to join video game company Naughty Dog, where he co-developed the Crash Bandicoot series for the Sony Playstation. The Crash games were worldwide best-sellers that redefined the state of the art, leading Sony to adopt Crash as its mascot character. The success and appeal of Crash significantly contributed to Sony's ability to enter the video game console market and quickly establish supremacy over former industry leaders Nintendo and Sega.

The Crash series represented a technical high water mark for the Playstation 1. As one of two developers on the first game in the series, David pioneered the use of distributed polygonal scene precomputation to vastly reduce rendering time and greatly increase scene complexity. David also introduced octree-based collision detection — an essential innovation for Crash's lush, organic environments — to the video game world. David implemented many of the level processing tools and the entire rendering pipeline, and produced the music for the first three games in the series.

David next co-founded ITA Software with two other MIT AI Lab graduates. ITA Software has developed the first new airfare pricing and shopping software in decades, and has licensed the technology to most major US and several international airlines. ITA Software's technology also powers Orbitz, one of the top three online travel portals — as well as many other industry websites.