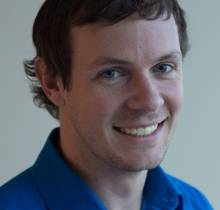 Paul Capriolo received his Bachelor’s degrees in Computer Science and Mathematics at the University of Maryland in 2006. Immediately following, he went on to receive his Master’s degree at Carnegie Mellon University in Entertainment Technology in 2008. While at Carnegie Mellon, Capriolo founded Now or Never with Patrick Jenkins and Jon Howard, who also received their Bachelor's degrees at the University of Maryland in Computer Science. Now or Never was eventually acquired by Free Cause, where Capriolo became the Vice President of Development. At Free Cause, he spearheaded the development on SnapCMS, a drag and drop from CMS which creates social networking applications across multiple networks quickly and without programming, and a white label online shipping mall builder, which has generated tens of millions in sales and revenue since its launch in April 2009.

When Free Cause was acquired by Rakuten, Capriolo left the company to found Social Growth Technologies with Patrick Jenkins. The goal of Social Growth Technologies is to provide a more technical and flexible solution to monetize the exploding social game market through in-game advertising.  By leveraging social media, monetization, online gaming and virtual currency, they have taken advantage of the largest areas of growth on the Internet to provide advertisers with greater demographic targeting, advanced analytics and unique fraud protection which results in higher conversions and increased brand engagement.

In 2010, Capriolo and Jenkins won first place at Cupid’s Cup, a business competition hosted by the University of Maryland’s Kevin Plank (CEO of Under Armour) for one of their most successful brands, Social Ingot.

In 2013, Ernst Young, LLP named Capriolo as the winner of the regional Entrepreneur of the Year for Emerging Companies Award in the 2013 EY Entrepreneur Award Program. He won this award based on the outstanding achievements of Social Growth Technologies. The company has worked with Coca-Cola, Disney, and eBay through Social Ingot, Coupon Buddy, and Social Kredits—the company’s three most successful brands.